“Love suffers long and is kind

Love does not envy

Love does not parade itself

Love is not puffed up 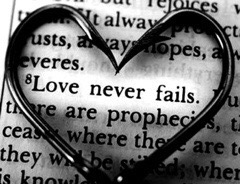 Love does not behave rudely

Love does not seek its own

Love is not provoked

Love does not rejoice in iniquity

Love rejoices in the truth

Rather than looking for others to love us like that, let’s express the love of Jesus by showing this love to our family, our friends, and our world.

2 Samuel 18:9
“Then Absalom met the servants of David. Absalom rode on a mule. The mule went under the thick boughs of a great terebinth tree, and his head caught in the terebinth; so he was left hanging between heaven and earth. And the mule which was under him went on.”

2 Samuel 18:14
“Then Joab said, ‘I cannot linger with you.’ And he took three spears in his hand and thrust them through Absalom’s heart, while he was still alive in the midst of the terebinth tree.” 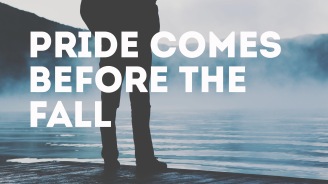 When I was younger, we used a wide variety of slang terms to describe a proud person. We considered them to be smug, snooty, puffed up, or stuck up. But the term that I remember most, when referring to pride, is “big headed.” We would say “that guy has such a big head.”

That is a phrase which aptly describes Absalom. He was an extremely talented and good looking son of the king. As a prince, he set his sights upon his father’s throne and strove to take it, even if by force. He used a twisted and evil form of false humility to work his way into the hearts of the people, only to use their affections to turn the kingdom against itself, for his  personal gain. After years of careful planning, Absalom finally struck. He developed a large army and marched against Israel. His evil plan soon unraveled and his forces were defeated. In a last attempt to save himself, Absalom turned and fled. It was during his retreat that he met a tragic and fitting end. A man whose life was marked by pride, failed to pay attention where he was going, and got his head stuck in a tree. Solomon, Absalom’s brother, later wrote regarding the danger of pride.

Proverbs 16:18
“Pride goes before destruction, and a haughty spirit before a fall.”

The danger of pride is it causes us to become self focussed, rather than God focussed. We begin to look in, instead of up.  We look for ways to strengthen ourselves, instead of relying on the strength of God, and we exalt our own desires above the Lord’s. Had Absalom humbled himself, he would have had a glorious and effective life serving alongside his father, and later his brother Solomon. Instead, he followed his own ambition, left a wake of destruction behind him, and died a tragic death.

“Then he bowed himself, and said,’What is your servant, that you should look upon such a dead dog as I.” 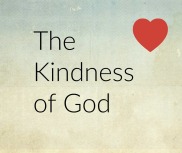 Years ago I heard the phrase, “There are three of you: the you you think you are, the you others think you are, and the you God knows you are.” I think this is fitting as it relates to Mephibosheth. He was a young man who had a difficult life that caused him to devalue himself greatly.

Mephibosheth was the son of Prince Jonathan, and had Saul’s dynasty continued, he would have been in line to be king.   Sadly, because of his grandfather’s disobedience, and the rebellion of his uncle, Ishbosheth, Mephibosheth became a fugitive. He was a child when Ishbosheth took the throne, and was forced to flee in the middle of the night. Unfortunately, under the cloak of darkness, he fell and injured himself. From that point on, he was crippled in his feet. Living as the handicapped grandson of a fallen king, caused Mephibosheth to put a pretty low price tag on his life. By his own admission, he considered himself to be like a “dead dog.” David had another view of Mephibosheth. David looked at him, not as a cripple, but as the son of Johnathan, and treated him as the prince he believed him to be. Mephibosheth was adopted into King David’s family, ate at the king’s table, and was given the wealth and property that once belonged to Saul.

Often, we look at ourselves through the lens of weakness or personal failure. We consider ourselves to be of little worth because of our bad decisions, or the way others have treated us. It is important that our value system be based, not upon accomplishment or the expression of others, but that we see ourselves as God does. To Him, we are of infinite value. He bought us with the blood of His only Son, adopted us into His family, and has given us the riches of Christ.

The kindness of David would forever change the way Mephibosheth viewed himself. The kindness of God should cause us to no longer sell ourselves cheaply. We matter to God and we should seek to live like it.

Webster’s dictionary defines heritage as, “something possessed as a result of one’s natural situation or birth.” While many things may be passed from one generation to the next, the most valuable commodity we can leave for the following generations, is a godly testimony.

The character referred to in this passage is Nabal, a man who descended from one of the giants of Scripture. He came from the family line of Caleb, whose life was summed up in the phrase that “He wholly followed the Lord” (Joshua 14:14).  This statement was made about him because he daily walked with God and was willing to venture into service for the kingdom of God, regardless of the cost or obstacles. We know Caleb to be a man who was filled with the Spirit, who walked in accordance with the Word, and believed in the promises of God. Sadly, the example set by Caleb had little affect on the way Nabal lived. He was harsh, evil and foolish.

There is no shortage of good and Godly examples surrounding the Christian today. All around us we see others who model prayer, bible reading, service, selflessness, kindness, mission work, and a host of other vital acts of the Christian life. We need to guard ourselves against the danger of ignoring our heritage and living like foolish Nabal.

If it were not for the revealing nature of the word of God, we might have missed the real folly of this man. On the outside, he may have seemed quite wise; he was married to a beautiful woman and he had a successful and thriving business. However, his wealth and the honor that came with it, were a mere cover up of his actual folly. We read that he ignored the warnings, and perhaps even died unprepared to face eternity. Jesus spoke of a rich fool who had achieved much in this life, but was ill prepared for that which follows (Luke 12:16-20).

Don’t be like Nabal, who trusted in his earthly accomplishments while ignoring eternity, for that is the ultimate folly.