Psalms 104:1
“Bless the Lord, O my soul!
O Lord my God, You are very great:
You are clothed with honor and majesty”

The greatness of God causes the psalmist to break forth in praise. He writes of the majesty of the Lord who is clothed in light, stretches the heavens open like a curtain and is surrounded by a host of heavenly angels who do His bidding day and night. He speaks of God as the one who rides the clouds as a chariot and has set boundaries around the oceans but he spends the majority of his time celebrating how God cares for His creation. He sings of how the splendor of our King is seen in providing for the needs of those who are His. He has not only filled the earth with the basic staples to provide life but has gone beyond so that His people can enjoy life.

What peace is found when we realize the true nature of God. John explains that the reason Jesus came was so that we could see what God is really like.

John 1:14
“And the Word became flesh and dwelt among us, and we beheld His glory, the glory as of the only begotten of the Father, full of grace and truth.”

We can find comfort, hope, help and provision from the God who created us and loves us. Whatever you may be facing keep in mind that the majesty of God is often most clearly seen in providing for the needs of those He loves.

Psalms 150:1
“Praise the Lord!
Praise God in His sanctuary;
Praise Him in His mighty firmament!”

The church serves many purposes, not the least of which is as a place for the people of God to gather together and worship. When we meet with the congregation, turn our attention upward and begin to worship, something takes place in time and eternity. We are given a whole new perspective on life. Instead of being consumed with our troubles we are able to see them in light of the mighty God who loves us and works all things for His purposes and our good. When this happens our discouragement and fears are often replaced with a new found faith and hope. A broken marriage, a trouble child or disastrous financial situation is now seen as an opportunity for God to show His never ending mercy and divine power. We see our lives like a Red Sea, a Jericho wall or the enclosed tomb of Lazarus. Each of which is an opportunity for God to do the miraculous.

If you are downcast,broken hearted or facing what seems to be a hopeless situation remember that worship was created by God as a means for you to connect with Him and see life in light of who He is. Don’t let discouragement keep you from gathering with the people of God in worship. Perhaps more than anything else you need a new perspective on life. One that is seen through the filter of faith. 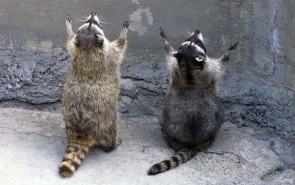 As a child I was fascinated with the television show “The Twilight Zone.” While there were many episodes that thrilled me, there is one in particular that stood out above the rest. The scene began with a man stepping into a flying saucer as a passenger traveling to a far away planet after aliens had visited earth and convinced mankind that they were there to help. He was part of the committee assigned to translate their language, the man had discovered the basic framework of the alien language and translated the title of a book that had been given to them. The book was called, “To Serve Man.” Unfortunately they discovered too late that it was a cookbook and he was actually being invited to dinner not as a guest but as the main course.

The psalmist declares that if we were able to discover a way to translate the sounds of nature we would find that all creation is joined together in a beautiful chorus of praise. The trees filled with birds, the rocks and all that hide within them for protection are accompanied by the sea and its inhabitants as they burst forth in celebration of the God who brought them forth by the word of His power. Paul explained to the Roman church that part of their praise is a cry for Christ to return and make all things right again.

It is interesting that creation seems to be ever mindful of God and quick to respond to His commands. When Moses’ staff touched the waters of the Red Sea there was no argument, the sea simply parted. When Jesus spoke to the wind and waves they did not complain or give excuses they only obeyed. While all creation is subject to the fall it seems that the only part of creation that resists the plan of God is man. It is time to stop fighting against God and instead submit ourselves and our living over to Him.

Praise is pretty common. If you have ever watched a sporting event you will hear it. One team goes ahead in the final seconds and the arena bursts forth in praise. Sometimes however the opposing team hits the final shot at the buzzer and the crowd is stunned into silence and the praise evaporates from the room.

Often we approach God in the same way. If all is well in the world we offer him praise, but as soon as things become difficult we have nothing to offer except complaint. We base our praise on our emotional condition rather than basing it upon who God is and what He has done. Regardless of what our day is like God is worthy of praise. Rain or shine, blessing or buffeting, joy or sadness, God is still the one who loves us, saved us and promises to work in and through us. If we are in the midst of a difficult season of life it is important that we do not lose sight of God or become consumed with our grief. Whatever hardship we are facing Jesus is still alive from the dead, seated at the right hand of the Father, sending forth His Spirit to work in our lives and preparing a place in eternity for us. While we cannot always celebrate our circumstances or our emotional condition we can certainly celebrate the amazing great and unending love of God who promises to be with us as we walk through the fire.

Psalms 142:2
“I pour out my complaint before Him; I declare before Him my trouble.”

Complaining is often the result of looking at the one thing that is going wrong instead of the many things that are going well. We might have a day off work, be gathering with our family at a park or at the beach, and instead of enjoying the day we begin to complain that it is too windy, too hot or there are too many others who chose to spend the day at the same location. Instead of looking at all that is right we becoming fixated with what we perceive to be wrong. Another common problem associated with complaining is that we often bring our complaints to the wrong place. When we are upset about our job we complain to our spouse, when we have a problem associated with the kids school or their sports team we complain to our friends. Instead of bringing our complaint to the source who can resolve it, we simply like to complain.

Here David teaches us something important about complaining. If we have a problem we should take it to the Lord. Often it is in the presence of the Lord that we will see our difficulty in light of the work He desires to accomplish in us and we will discover that the very thing we were so upset about was actually a tool He was using to make us more like Christ.

Instead of bringing a barrage of complaints against your spouse as soon as they walk in the door, how about taking your issues to the Lord and allowing Him to work in your life. After all He promised that all things work together for the good of conforming us into the image of Jesus.

Psalms 140:7
“O God the Lord, the strength of my salvation, You have covered my head in the day of battle.” 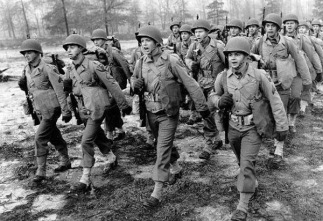 David was familiar with warfare. He had faced Giants and well as giant armies. He knew the dangers of hand to hand combat and there is little doubt that his body bore the scars of some of those battles. As a soldier, David also knew the importance of protecting his head. A wound to the forearm, although painful, was not deadly but a wound to the head could cost him his life. The same is true for us in the spiritual battles in which we are engaged. It is critical for the Christian that we learn to keep our head covered when under attack.

The bible describes Satan as the accuser of the brethren. As such he brings constant accusations against the child of God. Since God is unwilling to listen to his rants, he makes us his target. In the midst of our battles the devil sends a barrage of missiles into our minds seeking to defeat us. When we are struggling with sin he increases the level of temptation and when we fail he turns up the guilt. When we are discouraged he seeks to fill our minds with our weakness rather than allowing us to think about God’s strength. It is critical for the child of God that we allow the Lord to cover our head in battle. A friend of mine had a plaque hanging above his desk that read, “The next time the devil reminds you of your past remind him of his future.”

Psalms 137:1
“By the rivers of Babylon, There we sat down, yea, we wept when we remembered Zion.”

The story of Israel is a familiar one. They were saved by the marvelous grace and mighty hand of God who provided for their needs and gave them victory over their enemies. Soon they began to compromise with sin and struggle to follow the commands of God. As time went on, those whom they had victory over, once again began to rule their lives until finally, they were taken captive and lost almost all God had provided for them. In a sense they are the story of the prodigal who wandered from his father’s grace only to find out how miserable life is apart from God. I can only imagine what it must have been like for Israel to scoop water from the Euphrates only to begin weeping for all they had lost through rebellion and disobedience to God. But that in itself is another testimony of the incredible mercy of God. Instead of forsaking them for their continual sin, He promised to restore them into the land and give them a marvelous future and hope.

Perhaps the best place to be in is when we find ourselves weeping at the rivers of Babylon. When we look around and realize all that we lost when we chose to wander from the Lord. History is laden with men and women whose lives suffered greatly when they turned from the Lord, but when they came to their senses, weeped over their condition and cried out to God they were restored by His mercy and once again enjoyed sweet communion with God.

There are worse things than to be broken by our failures. For it is in that brokenness that we will be restored.