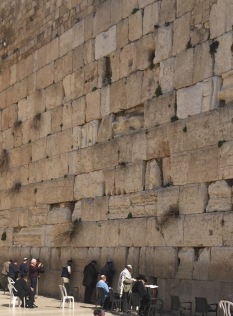 Syrian forces occupied land that belonged to Israel and Ahab was determined to get it back. When Jehoshaphat, king of Judah, arrived for a visit, Ahab seized the opportunity to enlist Judah as an ally in his campaign against Syria. Not wanting to bring his people into an unnecessary war, Jehoshaphat wanted to take a moment to hear from the Lord, so he asked to hear from a prophet. Ahab paraded a host of prophets before the king who all declared victory in battle. The problem was, they were not prophets of God, but were a variety of fetish priests who worshiped idols. Jehoshaphat objected to their counsel and sought to hear the Word of God. It is here where the true heart of Ahab is revealed. He declares,

“There is still one man, Micaiah the son of Imlah, by whom we may inquire of the Lord; but I hate him, because he does not prophesy good concerning me, but evil.”

The king of Israel had no interest in hearing the truth. In fact, as the story unfolds, we find that Micaiah will be thrown in prison for speaking the word of God. Ahab’s desire was to silence anyone who did not declare the truth as he saw it.

What a sad parallel to much of what we see happening in our world today. We have accepted a worldview where tolerance is the highest form of morality. We are required to accept the choices people make as though every choice was equal, and those who would dare speak out against certain behaviors as immoral, are immediately silenced. The approach of silencing the word of God was not good for Ahab and Israel, and it will not turn out positively for us either.

Proverbs 14:34 “Righteousness exalts a nation, but sin is a reproach to any people.”