Psalms 137:1
“By the rivers of Babylon, There we sat down, yea, we wept when we remembered Zion.” 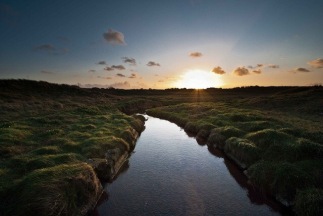 The story of Israel is a familiar one. They were saved by the marvelous grace and mighty hand of God who provided for their needs and gave them victory over their enemies. Soon they began to compromise with sin and struggle to follow the commands of God. As time went on, those whom they had victory over, once again began to rule their lives until finally, they were taken captive and lost almost all God had provided for them. In a sense they are the story of the prodigal who wandered from his father’s grace only to find out how miserable life is apart from God. I can only imagine what it must have been like for Israel to scoop water from the Euphrates only to begin weeping for all they had lost through rebellion and disobedience to God. But that in itself is another testimony of the incredible mercy of God. Instead of forsaking them for their continual sin, He promised to restore them into the land and give them a marvelous future and hope.

Perhaps the best place to be in is when we find ourselves weeping at the rivers of Babylon. When we look around and realize all that we lost when we chose to wander from the Lord. History is laden with men and women whose lives suffered greatly when they turned from the Lord, but when they came to their senses, weeped over their condition and cried out to God they were restored by His mercy and once again enjoyed sweet communion with God.

There are worse things than to be broken by our failures. For it is in that brokenness that we will be restored.