Proverbs 21:9
“Better to dwell in a corner of a housetop,
than in a house shared with a contentious woman.”

Proverbs 21:19
“Better to dwell in the wilderness,
than with a contentious and angry woman.” 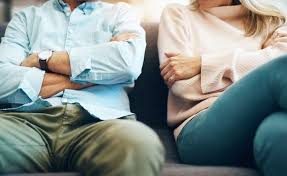 Solomon seems to be an expert on dealing with a contentious wife. He speaks of living with her as being like a dripping faucet, or a leaky roof. He suggests that it is better to find a corner of the housetop to live on, rather than be in the house with her. He later states, you are better off homeless and living in the wilderness, than remaining in the home with her continual nagging. Solomon’s statements serve as a good illustration of what not to do in a marriage.

First, we find clear application for the wife. Simply put, do not be contentious. The word contentious means to be argumentative, quarrelsome or even combative. It speaks of someone who is always finding fault in what another is doing. Paul explained that the role of the wife is to honor and support her husband. A wife should be actively involved in building her husband up, so he can become the man God intended him to be. Constant nagging, belittling, and opposing, undermines the work God wants to do, rather than accomplishing it. Peter put it like this,

1 Peter 3:1
“Wives, likewise, be submissive to your own husbands, that even if some do not obey the word, they, without a word, may be won by the conduct of their wives”

Second, we find application for the husband. It may be true that living on the roof or out in the wild is better than living with constant contention, but it is also true that it is much better to live in a house without it. If we examine the life of Solomon we find that perhaps he was the cause of the contention. Scripture instructed the king to have only one wife. That was always the plan of God for mankind. Solomon ignored the Word of God, as it related to marriage, and multiplied wives unto himself. In addition to his many wives he also had a long list of girlfriends. It is no wonder his wife was contentious. If a husband does not treat His wife the way the Bible describes, he has little to complain about when she does not treat him the way he desires. Instead of multiplying wives, Solomon should have been multiplying the expression of his love toward the wife he had. In the same way, a husband should not be looking at what is wrong with his wife as an excuse to mistreat her, but instead should be desiring that his wife be the most loved woman on the planet.

If husbands will seek new ways to express love to their wives, and wives will seek to build up their husbands, we will have a whole lot less contention in the home, or men living in the wilderness.