1 Corinthians 7:10-11
“A wife is not to depart from her husband. But even if she does depart, let her remain unmarried or be reconciled to her husband. And a husband is not to divorce his wife.” 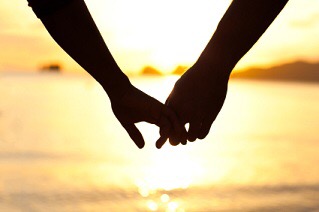 The Corinthian Christians wrote a letter to Paul asking him some basic questions about how to live out their Christianity. One of those questions had to do with relationships between men and women. Since they lived in a pagan culture, they grew up with pagan examples of how to be single and how to be married. After coming to Christ, they realized God had different standards, and they wanted to learn His ideal for Christian relationships. This chapter is Paul’s response to their question. It is worth noting that Paul writes concerning three groups of people: the single, the married and the separated.

To the single Christian, Paul explains that physical relationships, while designed by God, are restricted to the marriage relationship. In order to remove all doubt about the danger of getting involved physically before marriage, he writes, “It is good for a man not to touch a woman.” Obviously, he is not speaking about an accidental bump or a handshake, but is referring to the physical acts that arouse and lead to sexual activity. Although it is common, encouraged, and expected for single people today to be sexually active, Paul tells the Christian to wait for marriage.

When it comes to the married Christian, Paul has an entirely different message. He explains that when we are wed, we give ourselves to our spouse. We are no longer two individuals living to fulfill our own wishes, but we have become one. Our lives are now wrapped up inseparably with our spouse.This is particularly true as it relates to our physical relationship. Instead of using sex as a weapon to win our way with our spouse, Paul writes, “Let the husband render to his wife the affection due her, and likewise also the wife to her husband.” Clearly, the affection a wife desires is different from what a husband wants. In order to have a healthy marriage, we must take our eyes off our own desires and place them upon our spouse. Sometimes, the most affectionate thing a man can do for his wife is to clean the kitchen, do the laundry or help the kids with their homework.

Finally, Paul has a message for those whose marriages are falling apart. They have encountered such storms within their relationship, the only course of action seems to be to dissolve the marriage before anyone else gets hurt. Within the culture of the ancient world, divorce was common. When things get difficult, people always seem to look for a way out. Paul’s message might be summed up by saying, difficulty is not a reason to dissolve a marriage, but to work on the marriage. He writes,

“A wife is not to depart from her husband. But even if she does depart, let her remain unmarried or be reconciled to her husband. And a husband is not to divorce his wife.”

The situation he describes is a difficult one. The couple has faced such challenges that one or both, have decided to scrap the marriage and move on. To which Paul explains, we should separate only far enough to work toward reconciliation. If you are facing tough times in your marriage, do not look for a trap door that will release you from the covenant you made before God. Instead, look to how your relationship can be restored. It may be, the only solution is for you to daily sit at the feet of Jesus, and plead for Him to change you and your spouse, and restore your marriage. Obviously, two people are involved, and at times, a spouse may refuse to reconcile, but we must always seek the Lord’s best; not what is culturally common.

If you are married, take some time today to read through 1 Corinthians 7 with your spouse and apply the marriage principles to your relationship. It is not too late for God to make your marriage what He intended it to be.