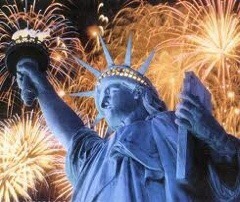 One of the controversies the Church in Corinth faced had to do with diet. Animals were offered to pagan gods, then the meat was sold at the local butcher shops. This created a real problem for many Christians. For some, their conscience bothered them knowing that the animal was offered to false gods, while for others the issue was much more tangible. Since the butcher shops were often located close to the temples, and the temples were places of sinful activity, some knew that visiting that area would lead them right back into sin. For others, the idol issue was something of their past, and they had no problem eating the meat with thanksgiving. To them, it mattered very little what the farmer did with the animal, since they received it with thanksgiving as from the Lord.

Paul points out that the issue was much bigger than what a person has for lunch, or where they choose to go to dinner. The bigger picture was the conflict between Christian liberties and the law of love. Webster defines liberty as, “the power to do as one pleases.” As Christians, we are free to practice anything that is not forbidden by the Word of God. While there are some movies whose content certainly puts them in the category of forbidden, Christians do have the liberty to attend movies. The same could be said of television, music, and the Internet. However, there are some who, because of their past experience, or recent decision for the Lord, would stumble if they practiced the same liberties. It is here that Paul introduces a principle bigger than liberty, the principle of love.

As much as Paul might have enjoyed a juicy steak, or French dip sandwich, he was willing to lay those aside for the sake of others. Rather than touting about his rights, or how ridiculous it was for them to make an issue over food, Paul saw everything as a means to minister to others. Every Christian has been called to invest in the lives of others, in order to make disciples. For that to happen, we have to be willing to set our freedoms aside for the sake of their growth. Patrick Henry said, “Give me liberty or give me death.” Within the spiritual realm, we might better choose death over liberties for the sake of the Gospel. My freedom to do what I want with my time, could be laid aside, and I could choose to meet with a struggling believer for coffee and the study of the Word. My freedom to sit alone in service and reflect upon the message, could be set aside to sit with a visitor, or someone I know might be struggling or lonely. My freedom to watch the service online from the comfort of my couch, might be set aside to show up early and help get the church ready for others, or to teach a child’s class.

When we set the law of love above the law of liberty, we will see others impacted for the kingdom of God.

Time is short, eternity is forever…

One thought on “Liberty”