2 Kings 10:31
“But Jehu took no heed to walk in the law of the Lord God of Israel with all his heart; for he did not depart from the sins of Jeroboam, who had made Israel sin.” 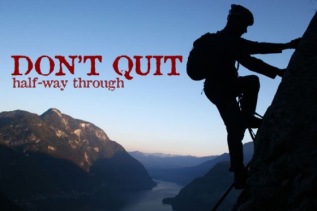 When Jehu became king of Israel, he went on a rampage against those who had been loyal to Ahab, and his ungodly ways. At first glance, he seemed to be purging the nation to get the people ready to follow and serve the Lord. However, as time went on, it became clear that Jehu was only willing to go part way with the Lord. He removed some things, but failed to replace them with good. Today, it is not difficult to find people who approach their relationship with God just like Jehu did. They are those who are willing to go part way with the Lord, making a few changes, but are not willing to surrender all.

Jesus spoke of those whose life is like seed planted in a field filled with weeds. The seed germinates, the plant grows, and fruit even begins to appear, but because of the weeds, the plant is ultimately choked out, and the fruit dies (Matthew 13:22). The simple application is, when we allow things to remain in our life that should be removed, those things will choke out our ability to grow in Christ and bear the fruit of the Spirit.

The Psalmist wrote, the Bible is like a light and a lamp. When we open it and begin to read, it will shine a light on our life and reveal things that need to be removed, and changes that need to be made. The question we want to ask ourselves is, “What is the light revealing in my life?” If we are willing to let it shine, and make the proper applications, we will find ourselves growing in Christ, and bearing the kind of fruit that leads to pleasing God, and living a blessed life.