Isaiah 47:1
“Come down and sit in the dust, O virgin daughter of Babylon;
Sit on the ground without a throne,
O daughter of the Chaldeans!
For you shall no more be called
Tender and delicate.”

Sitting in the dust, like wearing sackcloth or throwing dirt in the air was a sign of mourning. It was not uncommon in the ancient world for a person stricken with grief to express it outwardly. Those who lost a loved one, or were burdened by personal sin were easily identifiable to the people around them.

At the time Isaiah is writing Babylon was on its way to becoming the most powerful and wealthiest nation of that era. They will soon topple Assyria and spread their empire from Iraq to Egypt. While on the rise it is often difficult to see our need for Christ so Isaiah takes them to the future when their nation, like all nations before them would fall. He describes a coming time when their mothers, wives and children will become captives and their land destroyed.

It seems that today a great emphasis is placed on planning ahead. I recently saw an advertisement for retirement planning that used blocks to show the value of starting now and setting a little aside each month for the future. While I am certain there is wisdom in planning for retirement their is even greater wisdom in planning for eternity. The first step involves turning to the Lord and away from a lifestyle that is unacceptable to Him.

How sad for the Babylonians who ignored the warnings of the word and continued on a path that led to their own destruction.

Proverbs 22:3
“A prudent man foresees evil and hides himself, but the simple pass on and are punished.” 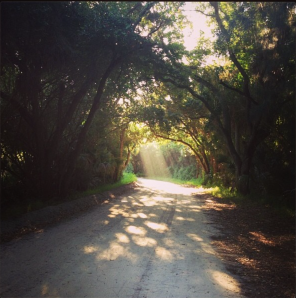 Prudent means to be wise or even shrewd. The prudent man is the one who looks carefully down the road he is walking, in order to avoid falling into sin and away from the Lord. The simple, or foolish man, keeps walking, never aware of the danger he is in until after it has overtaken him. Obviously, Solomon is exhorting us of the need to be watchful. The Greeks were expert story tellers. They had established a vast system of gods, heroes, and villains, to help explain the unexplainable, and instruct the generations to come, regarding morality. One of my favorite stories is of a man whose name means forethought, who was given guardianship of a box that contained all the evil of the world. On one occasion, he left the box in the care of of his brother, whose name meant afterthought, and instructed him to not allow his wife, Pandora, to look inside. After his brother departed, Afterthought was influenced by Pandora to open the box, allowing evil to spread throughout the world. It was not until after he had allowed her to open the box, he realized the danger of his decision. There is a modern proverb that declares much the same truth,”fools rush in…”

If we walk through life not aware of the dangers, pitfalls, snares, and sins that await us around the corner, we will be destined to fall, time and time again, into the same sins. Paul exhorted the Ephesians to “walk circumspectly” (Ephesians 5:15). That means we must be aware of the dangers surrounding us if we are going to avoid a fall. The prudent man realizes how slippery the slope is, in which we walk, and travels carefully.

I have some friends who enjoy backpacking. They take vacations to hike along mountain ridges. I have noticed, before they go, they are certain to purchase the right equipment. Instead of marching out in sandals or ice skates, they purchase proper hiking boots. If they are going to be in the ice or snow, they even use crampons, to ensure they will have  firm footing. We can be no less cautious when it comes to walking with the Lord. Looking around at how others have fallen, or looking back at how we have stumbled in the past, is more than enough empirical data to prove the dangers the narrow road contains. Success in our walk will be closely connected to behaving like the prudent man and avoiding evil before we face it.