Ezra 3:2
“Then Jeshua the son of Jozadak and his brethren the priests, and Zerubbabel the son of Shealtiel and his brethren, arose and built the altar of the God of Israel, to offer burnt offerings on it, as it is written in the Law of Moses the man of God.”

Central to returning to the Lord, was the Altar. With it, sacrifices could be offered in accordance with the Law of God. Without it, man would still be striving on his own, attempting to build his way to God. The altar, tragically, involved the sacrifice of the innocent in place of the guilty. This method of atonement was offensive to some; not because of the death of the innocent, but because of the declaration that those offering the sacrifice are guilty.

Long ago, the Cross replaced the altar as the means by which man could access God. The method changed, but the statement it makes remains the same. Man is guilty before God and sacrifice must be made on his behalf. Jesus, Himself, became the sacrifice for us. His blood was shed on our behalf so every guilty sinner might have access to God through Him. Rather than being offended by the fact that you are called a sinner, why not accept the pardon He provides. After all, if you don’t think you are a sinner, you are the only one who believes that.

Mark 15:20
“And when they had mocked Him, they took the purple off Him, put His own clothes on Him, and led Him out to crucify Him.” 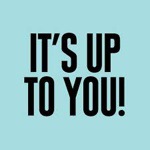 We have come to the most solemn and most important of all Biblical events. The entire life and ministry of Jesus, as well as the whole of human history, has been leading up to these events. Jesus declared, no one could take His life, but that He would lay it down (John 10:18). That day has finally arrived. Without a fight, Jesus, the creator and sustainer of heaven and earth, was taken by the mob, condemned by the the courts, beaten by the soldiers, and nailed to the cross. There on a cross of wood, amidst the clamor of the mob, He would bear the penalty for the sins of all humanity. Louder than all the jeering of the mockers, the laughing of the soldiers, the accusations of the pharisees and the weeping of the disciples, rang out the cry “My God, My God why have You forsaken Me?”

The answer to His question is one so great, it is beyond the human experience to understand. The Son of God, the One who always did the will of the Father and heard the Father declare, “This is My Beloved Son in whom I am well pleased”, now experienced the greatest horror anyone could ever experience. The penalty of sin, separation from God, was placed upon Christ. When Isaiah wrote, “surely He bore our iniquity”, he was referring to the cross. He was speaking of the weight, the guilt and the penalty of sin being placed on Christ, so we would never have to bear it ourselves. Oh, what amazing grace, that Jesus would bear my sin and yours.

It has always amazed me to observe the reaction of the people around the cross, as Jesus is being crucified. I notice the soldiers at the foot of the cross. Failing to understand the severity of the moment, or the brevity of life, they are playing games for Jesus clothes. How sad that many still treat Jesus in the same way. Instead of seeing Him as Savior, and surrendering to Him as Lord, they look to Him for what they can get out of Him. Their relationship with Jesus is reduced to simply seeing Him as the one who will give them what they want.

I notice the crowd, made up of people from all walks of life. While He is bearing their iniquity, they are asking Him to prove Himself. It is not enough that He lived a sinless life, fulfilled hundreds of prophecies, and transformed the lives of all who received Him; these men wanted further proof. Isn’t it interesting, by ignoring their request to come down from the cross, Jesus is, in fact, proving He is the Savior. What horror would await us had Jesus acquiesced to their request and come down from the cross. Instead of the penalty of sin being placed upon Him, it would still be awaiting us.

I also notice the centurion who stood by watching these events. He had a front row seat as the Son of God breathed His last. Rather than accepting the popular opinions about Jesus, he cried out,

“Truly this Man was the Son of God!”

If we will look to Him, as the centurion did, believing He is the Son of God and Savior of Humanity, then we will see Him transform our lives and find that instead of horror, heaven awaits us.