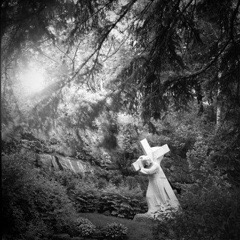 When writing to the Romans, Paul explained, the message of the Gospel has the power to save the sinner. It is when a person humbles himself and accepts that Jesus Christ died to do away with his sin, that he is saved. In order for a person to come to saving faith, he must hear the message and see the reality of it worked out in the life of the believer. Paul, understanding the importance of the Gospel, explains to the Corinthians the things he was willing to forgo, so others would hear about Christ and believe in Him.

First, he speaks of personal freedoms he was willing to lay aside. In his case, he chose to support himself rather than being supported by the church. Others had misrepresented the Lord by making Christian service look like a means of making a buck. To combat this, Paul made certain, while he was in Corinth, money was not the focus of the ministry.

Second, he speaks of becoming “all things to all men that I might by all means win some.” Paul is in no way suggesting that he is compromising the message of the Gospel, or his Christian witness. Instead, he is speaking of being relevant to those whom he is seeking to reach. One way Paul did this was by speaking to be understood. His goal, as a pastor, was not to use such eloquence as to show the world how brilliant he was, but to speak with such simplicity as to be sure the message was clearly understood. He was also careful not to do things that would turn others unnecessarily away from Christ. He saw the big picture. He understood that many of the views, and lifestyle choices people were involved in, were as a result of not knowing Jesus. Instead of making it his aim to change the behavior of the unbeliever, he sought to introduce them to Christ, who would transform their thinking and their living.

Third, Paul spoke of disciplining himself. He realized, one way to undo all his efforts in Corinth, was to personally get involved in sin, thus “blowing his witness.” To guard against this, he treated his Christian life the way an Olympian treats his body. Knowing that success only comes with training, diet and discipline, Paul was sure to have a healthy diet of time with Jesus, study of the Word, and Christian fellowship, while at the same time keeping unnecessary temptation out of his life.

Finally, Paul writes, “When I have preached to others…” The Gospel is seen when we live like Christ. However, it is primarily, hearing and not seeing the gospel, that leads others to faith in Christ. “Faith comes by hearing and hearing by the Word of God.” ( Romans 10:17) To ensure that others came to Christ, Paul opened his mouth and declared the simple message of salvation by grace through faith.