Psalms 129:2-3
“Many a time they have afflicted me from my youth;
Yet they have not prevailed against me.
The plowers plowed on my back;
They made their furrows long.” 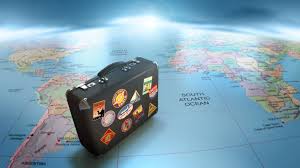 The psalmist describes himself in a most vivid and horrifying manner. He states that his condition is as though the beasts of burden have veered off course and turned the plow back on the farmer. I do not know much about farming but I can imagine that to be an extremely painful experience. The cause of this dilemma was not wrong doing on the part of the author but rather he was being mistreated because of his association. We might say he was guilty by association. Those who were coming down hard upon him were doing so because they were angry at God or at the demands that His law placed upon them. This is a very common occurrence. Jesus told His followers they should expect to be mistreated simply because they have elected to follow Christ and bear His name.

John 15:20
Remember the word that I said to you, ‘A servant is not greater than his master.’ If they persecuted Me, they will also persecute you. If they kept My word, they will keep yours also.

One of the great challenges for the child of God is how to combat the retaliation we experience because we follow Christ. It is tempting for us to view those who oppose Christ as the enemy. Perhaps a better way is to see them as the mission field. In the early years of the church, believers faced intense opposition much of which was being driven by a man named Saul. He seemed to most as the enemy, but Jesus had a different viewpoint. He saw what Saul would become if he encountered the gospel message. While many were hiding from Saul’s threats, Jesus was pursuing Saul. It was an encounter with the risen Savior that changed Saul and brought salvation to countless others.

If you feel as though the plow is on your back because you love, follow and share Christ with others, keep in mind that the opposition is actually aimed at Jesus and through your faithfulness we might all see another Saul get saved.

2 thoughts on “The Mission Field”