Mark 4:36
“When they had left the multitude” 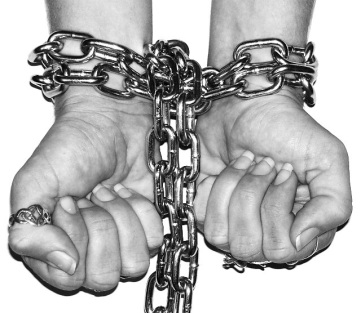 Mark 4 ends with the story of a dangerous journey on which Jesus took His disciples. Knowing all things, He knew they would face a storm on the sea. He knew this storm would be so great that those who had grown up fishing those waters, and experiencing rough conditions, would fear for their very lives. But it is not until we venture into Mark 5, that we understand the reason for the journey was one man. Jesus left the multitudes and took twelve men on a death-defying trip across dangerous waters, in order to reach this one man. Multitudes were flocking to Him, but in the country of the Gadarenes, was a man in need. This becomes even more amazing when we understand who this man was. We read of him,

“. . .who had his dwelling among the tombs; and no one could bind him, not even with chains, because he had often been bound with shackles and chains. And the chains had been pulled apart by him, and the shackles broken in pieces; neither could anyone tame him.” Mark 5:3-4

As sad as that description is, I am struck by the final phrase, “neither could anyone tame him.” Tame him! What a word. It seems so out-of-place to be used of a man. It is a word I reserve for animals; yet, it is so appropriate for this man. His lifestyle, whatever that was, had ruined his life. The world had done all they could do to help, but to no avail. He was now chained in a graveyard, and people simply avoided him. That is, until Jesus, not only went out of His way to rescue this man, but took His disciples on a trip they would never forget, for the purpose of saving this one lost soul.

When the story ends, we find the man in His right mind, sent out to tell His friends what Jesus had done for Him. No doubt, he would explain how Jesus crossed a turbulent sea to save him. Let’s learn the lesson the disciples were meant to learn: Jesus places the highest value on the human soul, even if he is living like a wild animal.