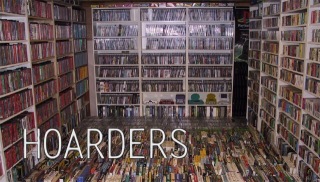 Cares, concerns, worries, and anxiety are all relatively synonymous terms. They speak of the things in life that fill us with fear, rob us of peace, overwhelm us, and stress us out. There are numerous things that create this kind of anxiety; some of them are real and others irrational, but all of them seem to have the same effect upon us. Peter tells us the solution to dealing with the cares of life.

The word ‘casting’ is a translation of a compound word in Greek meaning, ‘to throw upon’. It was used in the book of Acts when Paul was traveling by ship to Rome. In the midst of the sea, they experienced a great storm similar to a hurricane. In addition to being tossed around by the large waves and driven off course by the high winds, they had lost all sense of where they were, because for many days they were unable to see the stars to navigate. As the ship was being beat up by the storm and taking on water, the crew began to realize, they may not survive. Suddenly, the precious cargo they were transporting meant little to them, and they began to toss it overboard to lighten the ship, and increase their chances of survival. When the storm continued, they reached the point where they even began throwing the ship’s tackle overboard.

This is an apt illustration of what it means to cast our cares upon Christ. Sometimes, the storms of life cause us to realize that much of what we are living for, or hold dear, matters little in light of eternity. In the storm, we, like those sailors of old, evaluate what is truly precious and we cast all the rest at the feet of Jesus. Maybe now would be a good time to cast some of those cares at His feet. Perhaps there are things you have allowed back into your life that should be left behind, as you press toward the upward call of God in Christ Jesus.

As the storm continued they cast the ship’s tackle overboard. Tackle, unlike cargo is necessary to the sailors. They could not hoist the sails without it. When the storm began, they relied upon their own strength and experience to get them through. As the storm raged on, they reached a point where they realized it was too much for them. All they were accustomed to trusting in proved faulty, and as a last resort they threw the tackle overboard and listened to the instructions, not of the captain, but of the Apostle. Sometimes, life’s storms are allowed so we will stop trusting in our own strength, instead turning to the Lord for direction. It may be that the care that you need to cast at His feet is the idea that you can get through this without Heaven’s help.

Whatever you are facing, cast those cares at His feet. Peter promises that Jesus cares for us.