Ezekiel 37:11
“Then He said to me, ‘Son of man, these bones are the whole house of Israel. They indeed say, “Our bones are dry, our hope is lost, and we ourselves are cut off!'”” 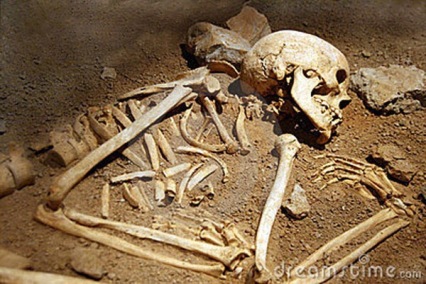 Ezekiel was taken in the Spirit to a valley full of skeletons. I am sure the sight itself was quite shocking, but what happened next must have been truly overwhelming. The angel asked Ezekiel if these bones could live. The obvious answer is no. When a person has been under water too long and their heartbeat has stopped there remains a slight chance of resuscitation. When a person has been dead so long that all that remains is a pile of bones, they are way past ‘mostly dead’, and no hope remains of them coming back to life. I am sure my answer would have been “No Way!” Ezekiel, however, had seen God do some pretty amazing things, so he did not discount even the possibility of these bones coming back to life. Sure enough, as he stood by, the bones came together; muscle, organs, skin and finally life was added. What had been a graveyard was now a valley filled with life.

This is a graphic picture of the work God alone can do. This passage has often been used to illustrate the work of salvation. When a person comes to Christ a miracle no less amazing than adding life to dead bones takes place. While there are many similarities between conversion and this event, the real meaning behind it is God’s promise to restore the nation of Israel; it had been divided, conquered and scattered. While this event transpired, Israel remained captive in Babylon. However, in a few short decades Cyrus, King of Persian, would issue a decree allowing the Jews to return to their homeland. In a minor way, that event fulfilled this prophecy, but the promises looked way beyond ancient times into the future. God promised the nation would be restored and the Messiah would sit on the throne of Israel and reign. He promised these would be end times events.

After two thousand years without a homeland, Israel returned to occupy the Promised Land. This event was the precursor to Ezekiel’s promise. Soon, Jesus Christ will return to set up His kingdom. The fact that Israel occupies the land today should stir our hearts to live in expectancy of His return.