Luke 19:11
“He spoke another parable, because He was near Jerusalem and because they thought the kingdom of God would appear immediately.” 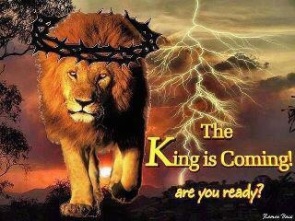 Jesus rebuked the leaders of His day for being able to discern weather patterns, yet failing to recognize the signs of the times. He also exhorted His followers to carefully observe the condition of the world, and to live in anticipation of His soon return.

Today, it is not difficult to ignore the similarities between our world and Jesus’ description of the world when He returns. Things like a one world currency, government, and religion, which seemed impossible to past generations, are unfolding before our very eyes. All of this, makes this parable even more applicable to His church.

Notice the parable was given because they were expecting His kingdom to be established at any moment. Their problem was not failing to LOOK for the kingdom, but failing to LIVE for the kingdom. In the story, Jesus exhorts His followers to serve Him.

Like the characters in the story, we have all been given different gifts, talents, abilities and resources. They are given that we might use them for the furtherance of His kingdom. Too often, we look around at what others have been given, and think, if we had their gifts we would serve the Lord. If I had their wealth, I would give. If I had their voice, I would sing, if I had their time, I would serve… Notice, Jesus only expected the servants to use what they had been given. They were rewarded or rebuked depending upon how they used the gift they had received.

Jesus is coming back! He will set up His kingdom. He will reward those who have surrendered, submitted, and served Him. The question remaining for us is, how are we waiting? Live today in light of the fact that there is a day coming when we will be face to face with the King of kings. He will look at us with His eyes like flames of fire and say, “Well done good and faithful servant.”