1 Chronicles 19:4
“Therefore Hanun took David’s servants, shaved them, and cut off their garments in the middle, at their buttocks, and sent them away.” 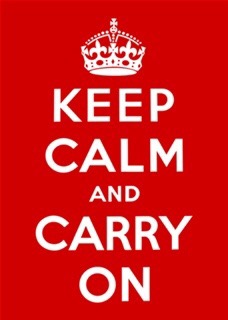 David sent a handful of his men, as goodwill ambassadors, to Ammon. They went with a gift, as a way to offer condolences to the king for the death of his father. When they arrived, instead of being welcomed, they were brutally mistreated and embarrassed; their beards were shaved and their clothing cut to reveal their nakedness. These poor men were forced to turn around and make the long journey back to Jerusalem in shame. What should have been a time of celebrating the great opportunity they were given to further the kingdom, became a time of shame and embarrassment.

While we have probably never been sent to a palace with gifts from our president, we have had an experience where we attempted to serve King Jesus and found it did not go as we had planned. Perhaps you tried to share Christ with a family member or friend, thinking they would be receptive, only to find they became hostile and even attacked your character. Perhaps you signed up to work in the children’s ministry at church and found, even when you had prayed, planned and prepared, things went badly, and you experienced one of the more difficult hours of your life.

What should we do when ministry doesn’t go the way we expected? Is that a “sign” that we should not be serving the Lord, or taking risks to share the Gospel? I don’t think so. I think the difficulties are designed to cause us to go back to the King for further orders. These men, after their difficult experience, went back to David and were instructed to wait until their beards grew back, then get back to the business of the kingdom.

Perhaps you have had some difficulty in serving the Lord. The proper response is not to stop serving, but to go before the King and let Him comfort, restore, and instruct you for further service.

Until He comes,
Pastor Jim

One thought on “When Things Go Wrong”