1 Kings 12:8
“But he rejected the advice which the elders had given him, and consulted the young men who had grown up with him, who stood before him.” 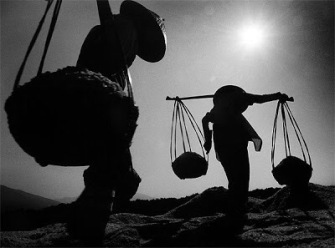 A youth pastor I once knew had a plaque posted on his wall that read, “Hire a teenager while they still know everything.” Every parent and high school teacher can attest to the fact that young people are often stubborn and insist they know better than the generations that have gone before them. I think part of this is God given and healthy. I think there is great value, especially to the church, in allowing a fresh set of eyes to give us a different perspective on how to best approach ministry. That being said, I also believe this can be unhealthy, and even destructive, when it is not curbed and directed by the wisdom of those who have walked before us.

After the death of Solomon, a new king took the throne. With his ascension, the population had great expectations of things getting better. The building campaigns led by Solomon had resulted in high taxation that was crippling the economy. The people pleaded with King Rehoboam to lighten the burden. He took counsel from the elder statesmen of Israel and from his peers. Sadly, he rejected the wisdom of those whose lives bore the marks of wisdom, and chose to listen to his friends. This proved very costly, and resulted in a civil divide that would forever weaken the nation of Israel.

There is a lot we should learn from Reheboam, not the least of which is, the value of taking heed to the wisdom of those who have walked before us. One definition of crazy is to do the same thing over and over and expect different results. If the generation before us learned the value of certain life principles, we would do well to listen to their counsel, as we seek to forge a new path for the kingdom of Heaven. Obviously, the applications of this truth are very broad, however, I think this is an especially valuable concept for those who are seeking to serve the Lord. It is quite easy to look at churches run by grey or balding men and think they are old fashioned and need an upgrade. It may be true that the music style and the design of the stage could use some improvement, but it is also true that the principles of ministry that are tried and true must never change. Remember,  the church was designed and built by Jesus, the principles are not ours, but His.

2 thoughts on “New, But Not Improved ”