Genesis 13:3-4
“And he went on his journey from the South as far as Bethel, to the place where his tent had been at the beginning, between Bethel and Ai, to the place of the altar which he had made there at first. And there Abram called on the name of the Lord.” 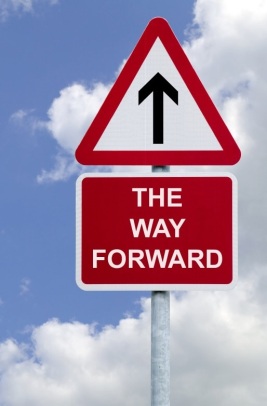 As we read the story of Abraham, we find erecting altars was a regular part of his walk with God. On five separate occasions, he took time to build an altar and call on the name of the Lord. These altars were tangible ways for Abraham to express his commitment and devotion to the Lord for all God had done for him. The story behind this altar is of particular importance, as we seek to walk with God.

The last scene in the life of Abraham was a low point for the patriarch. Difficult circumstances had led him to Egypt, where his faith faltered, causing him to lie about his relationship with Sarah, and risk her life for his own safety. Of all his stories, I am sure he wishes this one had not been recorded, but it is through his failure that we learn how to keep moving after we fall down. After his fall, Abraham returned to the place where he had experienced God. He went back to Bethel, back to the altar, and back to calling upon the Lord.

It is all too common, when a believer falls, that the guilt of the fall will keeps him from calling on the Lord. We feel like a hypocrite calling on God after we sin, and this guilt keeps us from returning to the Lord. I think we would all do well to follow the example of Abraham and get back to the place where we first met God. No matter what you might be struggling through, the answer will not be found avoiding the Lord, but spending time daily, at His feet and in His word.

One thought on “Moving Forward”