Psalm 109:2
“My knees are weak through fasting, and my flesh is feeble from lack of fatness.” 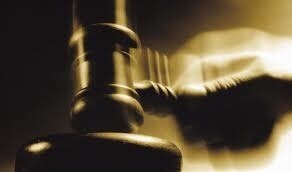 When I read the songs of David, I am fascinated with the level in which He knew the Lord. He expresses praise in a way that reveals the depths in which he understood the majesty of God. He speaks of mercy, grace and loving-kindness, not as one who studied it in a classroom, but as one who experienced it daily. This psalm reveals the level in which David understood the justice of God. If this Psalm seems harsh, it may be partly due to the limited understanding we have of God’s justice. We live in a world that finds it difficult to reconcile love, mercy and justice. We see it as unloving to punish an offender, yet we know it to be unjust to allow them to go free. It is common to project our limited understanding of righteousness on the Lord, only to then accuse Him of wrongdoing when He judges the ungodly. We must never forget, God is a holy and just God. When sin is committed it must be judged, God will bring justice upon those who have rebelled against Him, and mistreated His children. Ultimately, this judgment will be punitive and those who have rejected Christ will be separated from God.

CS Lewis put it like this, “God in the end really gives people what they want, including freedom from Himself. What could be more fair?”

But until then, the judgment of God is meant to draw people to Himself. God does not want the rebellious to continue in their sin, ignorant of how He feels about it. Instead, He desires all men everywhere to be saved.

Before we are too hard on David for the intensity of his prayer regarding the wicked, I think we have to visit where he had been. I am not talking about going through the kind of hardship that make us callous to others, but rather I am referring to the statement David makes in verse 24,

“My knees are weak through fasting, and my flesh is feeble from lack of fatness.”

To be honest, I am humbled by these words. David describes the physical weakness he experienced as a result of the intensity in which he was seeking the Lord. His prayer for the wicked to be judged was not birthed out of their mistreatment of him, but rather out of his time spent seeking the Lord on their behalf. The best thing for those who are living in rebellion against God is to taste a little of His severity, if it will bring them to a place of repentance that they might avoid eternal judgment.

As you seek to understand this Psalm, take a few moments to pray for your loved ones who are still living apart from Christ. Pray that they would surrender all without having to go through any more of the severity of God.