Psalm 103:11-13
“For as the heavens are high above the earth, so great is His mercy toward those who fear Him; as far as the east is from the west, so far has He removed our transgressions from us. As a father pities his children, so the Lord pities those who fear Him.” 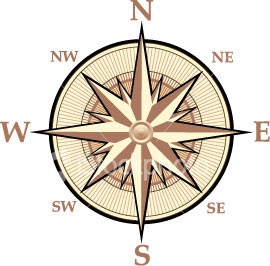 It is a common advertising strategy to attempt to sell an item by comparing it to something else. We might see a car commercial with a cheetah running, to convince us of the speed of the vehicle; or a flowing river, to reveal the thirst quenching power of a soft drink. David is, in a sense, attempting to sell us on the greatness of God. He knows the Lord and wants everyone to taste and see for themselves that the Lord is good. To do this he makes a series of comparisons, to convince us to trust in God.

First, he compares the mercy of God to the heavens. He says, if we could measure the universe, we could also measure God’s compassion. Astronomers speak of the size of the universe in terms of light years, which is the distance light travels in the course of 365.25 days. They estimate the universe to be over 14 billion light years across. The mercy of God is so vast it could never be exhausted. If you are willing to come to Him, He is willing to forgive you.

Second, he compares the removal of our sin to the distance between East and West. Since we live on a ball with a most northern and southern point, it is possible to travel north until you run out of north. Once you arrive at the North Pole, you must either stay there or go south. The opposite is true of east and west. If you decide to travel east, you can go east indefinitely, without ever having to go west. David is describing the complete removal of sin for those who receive the mercy, and thus the forgiveness, of God. Sin will never be brought up again, for all who trust in the cross of Christ.

Finally, David compares God to a father who has compassion on a child. This is a somewhat limited illustration, because we have already seen the vastness of His mercy, but David wants us to understand that God’s mercy is like that of a loving father. I recall when my youngest son was two and he broke his leg. I remember wishing I could take his pain and wear his cast. It was not a fleeting feeling, but a deep compassion. I truly pitied his condition and wanted to help. It is wonderful to know that God feels that way about us, and does not lack the ability to come to our aid.

Won’t you buy into David’s God? Take the step to trust Him with all your heart and life.