1 Chronicles 20:1
“It happened in the spring of the year, at the time kings go out to battle… But David stayed at Jerusalem…” 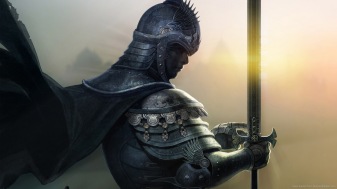 Although the writer of Chronicles does not include it here, this is the time when David compromised, broke his own standards, violated the ways of God and sinned with Bathsheba. This is the lowest point in the life of the sweet psalmist of Israel. While there are many factors that led to his failure the text makes it clear that one of the contributing factors was being idle when he should have been busy in the battle.

The word idle simply means not to be working, busy or active. There are times in life when being idle is the exact thing we need; it was God who established the sabbath for Israel and desired them to take times of rest. Taking a break from activity to rest the body, wait on the Lord or simply enjoy the blessings of following Christ is an important part of life and our walk with the Lord. That being said, we must also realize that there are times when being idle can be dangerous. David’s problem was not that he was resting, but that he was resting when he should have been battling. He was in a season in life when the situation called for clinging to the Lord and stepping out in service, instead he chose to stay home, let his guard down and compromise his standards.

The seasons of life often determine our focus for us. If bombs are falling on the city it is not time for a family picnic. If you are in the midst of difficulty at home or work, or if you are struggling with something in your private and personal life it is not the time to sit back, but to clothe yourself in the armor of God and to battle the fiery darts of the wicked one that so often evidence themselves in thoughts that oppose the word of God.