Amos 6:14
“But, behold, I will raise up a nation against you, O house of Israel,” Says the Lord God of hosts; “And they will afflict you from the entrance of Hamath to the Valley of the Arabah.” 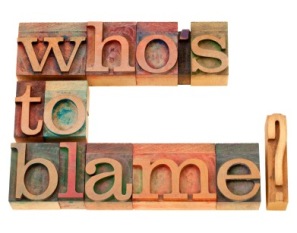 Israel was facing calamity; their economy was in the tank and the nations around them were becoming an increasing threat. Soon they would be overthrown and taken captive by Assyria. These difficulties, although natural, had a spiritual cause and remedy. They were not being defeated because their armies were weak and untrained, or because their numbers were too small to defend themselves. They were simply facing the consequences of turning away from God. Drought, famine, pestilence, barrenness, defeat and other calamities were some of the consequences Israel faced because they turned their backs on the Lord. With divine guidance, the prophets heralded a message that the difficulties they faced were nothing short of the judgment of God.

It is difficult today to directly associate every calamity the nations face as divine judgment. We cannot know for sure if an earthquake or other natural or manmade disaster has anything to do with divine retribution, or if it is simply the consequences of living in a fallen world, surrounded by sinful men. But one thing is sure, these types of events should grab our attention, and turn it upward. Jesus explained that the times leading to His return would be marked by wars, famines and natural disasters. Instead of summits on climate change, we should be seeing gatherings of people determined to seek the Lord on behalf of the nations. What the world needs, today, is people who are willing to stand in the gap and intercede on behalf of those who have not yet come to faith in Christ.