Jeremiah 36:27-28
“Now after the king had burned the scroll with the words which Baruch had written at the instruction of Jeremiah, the word of the Lord came to Jeremiah, saying: ‘Take yet another scroll, and write on it all the former words that were in the first scroll which Jehoiakim the king of Judah has burned.'” 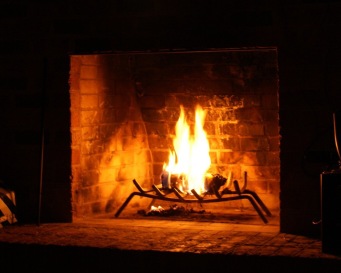 In the fourth year of the reign of Jehoiakim, king of Judah, Jeremiah the prophet began to write his prophecies into a book. A year later he sent this book by the hand of his assistant, Baruch, to the house of the Lord, to read it in the hearing of the people. As the people heard the Words of the Lord, they began to be cut to the heart. Soon word came to some of the king’s counsellors, who quickly took the scroll to the palace and read it to the king. In a what sounds like a startling plot twist, the king, after hearing only a few lines of this prophecy, took a knife, cut the scroll in two, and cast it into the fire, where he and his counsellors watched it burn.

Clearly,  Jehoiakim was not interested in what God had to say and wanted everyone in the room to know it. He attempted to silence God and destroy His word. What he didn’t know was, the Word of God is unbreakable and as soon as he burned it, Jeremiah began to transcribe another copy. Twenty-six hundred years later, King Jehoiakim remains a somewhat obscure character in the chronicles of history, while the book of Jeremiah remains a part of the most published, read, and cherished book of all time.

Jehoiakim is not alone in his attempts to silence the Word of God. Down through the ages, many have attempted to keep the Bible out of the hands of people. Even today, there is great effort made to keep the Bible out of schools and other public places. It is somewhat ironic that the enemies of God seem to have a better understanding of the power of the word of God, than many believers do. They seem to realize, if we let the Bible speak to the culture, it will change the culture, so they work diligently to silence the Bible. Meanwhile, many Christians fail to see the inherent power of the Word, and as a result, they neglect it. They do not make it a part of their daily life, then wonder why they struggle to walk with Christ. Even many leaders in the church fail to see they power of the Word, and turn their pulpits into platforms for motivational speeches or political monologues. We need to realize, like Jehoiakim,  the Word of God is powerful, but unlike Jehoiakim, we need to respond in obedience to its message.

Jeremiah 23:22 “But if they had stood in My counsel, And had caused My people to hear My words, Then they would have turned them from their evil way and from the evil of their doings.”

One thought on “Fire Resistant ”