Genesis 38:24
“And it came to pass, about three months after, that Judah was told, saying, ‘Tamar your daughter-in-law has played the harlot; furthermore she is with child by harlotry.’ So Judah said, ‘Bring her out and let her be burned!’” 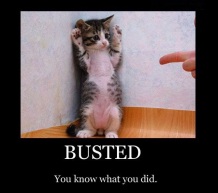 Our sin always looks worse on someone else.

Judah, after the death of his wife, and in the loneliness of that condition, stumbled in his walk with God, committing fornication with a young woman. While we do not read of his reaction to this, it is highly likely he was ashamed, and at least somewhat remorseful. I can imagine he confessed his failure, and may have even made offerings to God.  A few short months after this  incident, Judah got word that Tamar, his widowed daughter-in-law, was pregnant outside of marriage. The same sin he had committed, had been engaged in by Tamar. Whatever his response to his own sin was we cannot be sure, but we do know how he responded to her’s. He was furious, and wanted her to receive the harshest judgment the law would allow.

It seems to me, this is an all too common reaction towards sin. We take the harshest stand we can against the sin of others, and expect the fullest extent of mercy for ourselves. It might do us well to consider what Jesus said regarding our sin and that of others. He declared;

Matthew 7:5
“Hypocrite! First remove the plank from your own eye, and then you will see clearly to remove the speck from your brother’s eye.”

Jesus declared, while we should not ignore sins committed by others, we must always take the time to look inward, before we go on a campaign against the sins of others. One of the tragedies of the church is having people rally for causes, while neglecting their own walk with God. Paul gave this simple, yet very helpful, instruction for dealing with the faults in others,

Galatians 6:1
“Brethren, if a man is overtaken in any trespass, you who are spiritual restore such a one in a spirit of gentleness, considering yourself lest you also be tempted.”

One thought on “Busted”